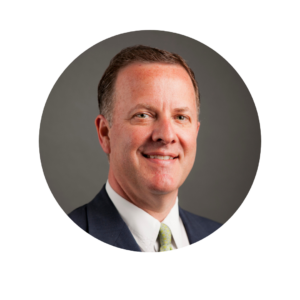 Doug Baker is the principal and founder of Baker Global Advisory, an international consulting practice he founded in 2017 to provide impartial, expert advice to corporations, hedge funds, entrepreneurs, and governments. In 2019, Doug also founded Rushmore Strategic Advisors, a public affairs and advocacy group, to meet the needs of a growing clientele needing a nuanced approach to their dynamic regional issues. Currently, Doug also serves on the board for Persistent Sentinel, a US-based software firm that integrates data on complex border security programs as well as for Atlas Building Technologies, a start-up in the international building supply sector that provides less expensive construction processes using advanced materials and technologies.

Doug began his international career in the George W. Bush Administration.. He first served as the Deputy Assistant Secretary in the United States Department of Commerce from 2001 through 2005 where he was a policy advisor to the Secretary and Under Secretary for International Affairs. Doug was the Commerce Department lead on issues related to international financial and monetary affairs, trade policy, foreign market barriers and trends affecting the domestic and foreign competitiveness for U.S. services-related businesses.

Later, in 2005, Doug was named Special Assistant to the President for Homeland Security and Senior Director for Border and Transportation Security Policy. In this position, he was responsible for developing and managing programs that impact border and transportation security as well as evaluating technologies and establishing annual budgets. During this period, he managed the creation and implementation of the National Strategies for Aviation Security and Maritime Security, the Executive Order on Surface Transportation, and policies and programs related to the development and maintenance of terrorist related watch lists and related screening procedures.

Prior to joining the Bush Administration, Doug served as the executive director and deputy general counsel for the Harris County-Houston Sports Authority between 1999 and 2001. During his tenure, the Sports Authority financed and developed more than $1B in some of the United States most impressive sports stadiums, including Minute Maid Park, the Houston Toyota Center and the NRG Stadium, home to the NFL’s Houston Texans.

Originally from Houston, Texas, Doug holds a Bachelor of Arts in History from the University of Texas at Austin and a law degree from South Texas College of Law at Houston.  He resides in Alexandria, Virginia.