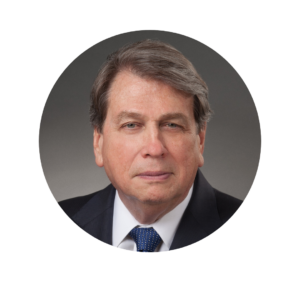 Mr. Whitley has had a wide-ranging career in the Department of Justice (DOJ). During the Ronald Reagan and George H.W. Bush administrations, he served as Acting Associate Attorney General, the third-ranking position at Main Justice. He was appointed by Presidents Reagan and Bush, respectively, to serve as the U.S. Attorney in the Middle and Northern Federal Districts of Georgia. Throughout his career, Mr. Whitley served under five U.S. Attorneys General and four Presidents in a number of key operational and policy positions. Earlier in his career, Mr. Whitley served as an Assistant District Attorney in the Chattahoochee Judicial Circuit in Columbus, Georgia. Mr. Whitley maintains strong professional relationships with the state and federal law enforcement community.

In 2003, Mr. Whitley was appointed by President George W. Bush as the first General Counsel of the U.S. Department of Homeland Security (DHS), the highest ranking legal official at DHS. He held that position for two years working for DHS Secretaries Tom Ridge and Michael Chertoff, before returning to private practice.

Mr. Whitley leads a team of lawyers in the Firm’s Government Enforcement and Investigations practice group who conduct sensitive high level investigations for both public and private sector institutions.

Mr. Whitley’s practice focuses on corporate defense and representation of clients in complex civil and criminal enforcement matters brought by the DOJ, other federal agencies, State Attorneys General and local prosecutors. He has represented numerous individuals and corporations in major government investigations throughout the United States and internationally.

Mr. Whitley’s practice also includes representation of clients before the Antitrust Division of the DOJ together with State Attorneys General and the Federal Trade Commission. He has represented clients in criminal antitrust cases to include price fixing and market allocation matters, and he has participated in compliance training programs for clients to include sessions devoted to dealing with worldwide dawn raids.