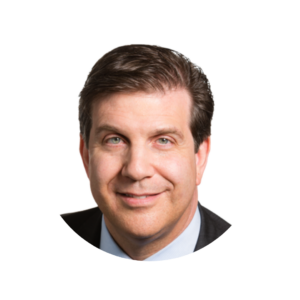 Mr. Mitnick is an attorney with over 30 years of experience serving at the highest levels of government and the private sector. From February 2018 until September 2019, he served as the General Counsel of the Department of Homeland Security (DHS), having been confirmed for that position unanimously by the U.S. Senate. In that capacity, Mr. Mitnick was the chief legal officer of a federal security and law enforcement agency with over 240,000 employees, was responsible for providing legal advice and counsel to DHS and all of its components, and supervised over 2,500 attorneys. From March 2014 to February 2018, he served as Senior Vice President, General Counsel, and Secretary of The Heritage Foundation, an influential think tank, and from November 2007 to April 2013 he served as Vice President, General Counsel, and Secretary of a Raytheon division with over $3 billion in annual sales, over 9,000 employees, and business operations in over 40 countries and on all continents.

Mr. Mitnick’s recent tenure at DHS was a continuation of his homeland security public service. Beginning in November 2002, he assisted in establishing DHS and then served as Associate General Counsel for Science and Technology until August 2004, when he moved to the White House. He served in the White House Counsel’s Office as Deputy Counsel of the Homeland Security Council from August 2004 until April 2005, and then as Associate Counsel to the President, with responsibility for the entire homeland security portfolio, until October 2007.  He began his legal career in 1988 at the law firm now known as Kilpatrick Townsend & Stockton LLP, where he was a partner specializing in mergers and acquisitions, strategic alliances, commercial contracts, and business start-ups.