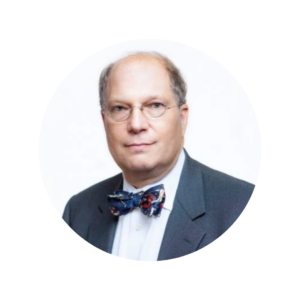 In addition to his work at R Street, Paul continues to manage a small cybersecurity consulting company called Red Branch Consulting. He also teaches at the George Washington University School of Law. Previously, he was deputy assistant secretary for policy at the U.S. Department of Homeland Security. In an earlier life, he was a Senior Counsel on the Whitewater investigation of President Clinton.

Paul is the author of Cyber Warfare: How Conflicts in Cyberspace are Challenging America and Changing the World and of three video lecture series from The Great Courses: Thinking About Cybersecurity: From Cyber Crime to Cyber Warfare, The Surveillance State: Big Data, Freedom, and You, and Investigating American Presidents.

With James Jay Carafano, he is co-author of Winning the Long War: Lessons from the Cold War for Defeating Terrorism and Preserving Freedom and co-editor, with Timothy McNulty and Ellen Shearer, of two books: Whistleblowers, Leaks and the Media: The First Amendment and National Security, and National Security Law in the News: A Guide for Journalists, Scholars, and Policymakers.

Paul and his wife split their time between Washington, D.C. and Atenas, Costa Rica. Their cats, Luke and Leia, guard the Costa Rican house from the dark side (aka mice and snakes). He has two stepsons and eight grandchildren.